Let us help you get the right product for your needs!

In stock (can be backordered)

Grow Bags provide you with an opportunity to have a garden without actually having a garden! They are ideal for homes where you have little to no space for an in-ground garden.

Create a hanging garden on a fence, patio or any wall.  Ideal for urbanites wanting to grow their own edible flowers, herbs and micro-greens.

Mix and match with other grow bags in the Microgarden range. 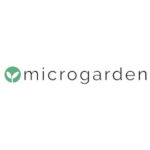 PARSLEY IN THE KITCHEN:

Some know parsley only as an attractive leaf garnish that’s ignored, not eaten. It’s true that parsley leaves are an attractive plant with small, scalloped leaves, but it has more than a pretty appearance. It’s an annual herb thought to have originated in southeastern Europe or western Asia, now grown in gardens throughout the world.

There are two basic parsley types: one with curly, crinkly leaves and the more familiar Italian parsley, which is flat. The latter is hardier for withstanding cold in Northern or Midwest gardens. Parsley usually reaches one to two feet in height in the first year before flowering, and grows best in partial shade. It’s been suggested that because it’s a bit difficult to start from seed, taking up to two months to sprout, buying small parsley seedlings (organic is best!) may be a better way to start this in your indoor pots or late spring garden. One tip involves pouring a kettle of boiling water along the row before covering the seeds. As a potted plant, keep it evenly moist.

Chopped fresh or dried and combined with thyme and bay leaves, parsley is included in the French combination of herbs called bouquet garni, used to season stock, stews, and soups. It can be added to sandwiches, any type of casserole and adds a fresh, spring-like flavor to dips and cheese. The best way to keep fresh parsley sprigs is to wrap them in damp paper towels, place in a sealed zip-lock baggie, and keep refrigerated. Dried parsley flakes are useful for several months when stored in a tightly sealed glass container and stored in cool, dark, and dry place.

If you want to be impressed by parsley, take a look at its vitamin K content – a whopping 574% of the daily recommended value. What this does is promote bone strength, but it also has a role in the treatment and possible prevention of Alzheimer’s disease by limiting neuronal damage in the brain. The vitamin K dominance is enough to make the 62% daily value of vitamin C and the 47% DV in vitamin A look positively paltry, but the “C” content is 3 times more than in oranges, and the “A” augments the carotenes lutein and zeaxanthin, helping to prevent eye diseases like cataracts and macular degeneration.

The iron in parsley (twice as much as in spinach) is essential for the production of an important oxygen-carrying component in the red blood cells called heme. Copper is important because it’s required by the body for normal metabolic processes, but must be supplied through outside sources. The manganese in parsley contains super-antioxidant superoxide dismutase, and the folate helps form red blood cells and make up our genetic material.

Parsley is useful as a digestive aid with its high fiber content. This helps move foods through the digestive tract and controls blood-cholesterol levels, but has a diuretic effect as well. A tea made from parsley is a traditional remedy for colic, indigestion, and intestinal gas. As an herb sprinkled in food, it actually helps purify the blood and fight cancer. Eating parsley is now thought to be a way to detoxify the system of harmful compounds like mercury, sometimes found in dental fillings.

Quite a unique compilation of compounds and volatile oils is contained in parsley. Eugenol is used in dentistry as a local anesthetic and an antiseptic to help prevent gum diseases. It’s also been found to reduce blood sugar levels. Polyphenolic flavonoids and antioxidants include apiin, apigenin, crisoeriol, and alphathujen. Volatile oils include myristicin, limonene, apiol, and alpha-thujene. It also contains one of the highest antioxidant counts among plants, with an oxygen radical absorbance capacity (ORAC) of 74,349 per 100 grams of fresh, raw parsley.

Microgarden is a range of high-quality eco-friendly products for the modern garden and home. The brand is committed to promoting more sustainable production and consumption, which includes reducing common household waste. The Microgarden brand is founded on 5 core values: Environment, Family, Connection, Balance and Freedom. Microgarden products include a range of growing seeds, sprouting bags and beautiful air plants. These products make it easier to enjoy fresh produce in your own kitchen garden, and bring a bit of nature into your home space. The Microgarden range also includes natural hand sanitizer sprays and plastic-free household products like stainless steel washing pegs. Browse Greenlight’s online store for a selection of eco-conscious home and garden goodies from Microgarden. 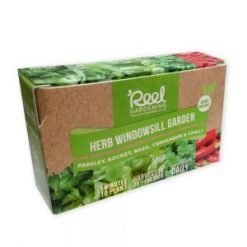 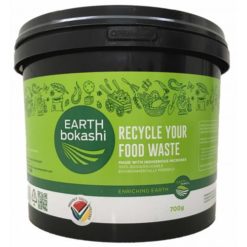 FREE DELIVERY on all online orders over R400! Dismiss

Welcome, After logging you will be directed to your accounts page